Intelligence community blames Putin. The same day the US ships tanks to Poland.


Have you ever had a feeling that reminded you of a terrible experience you had in your past? I have. A dude with my past relives regrettable moments everyday. This feeling of déjà vu
is a memory I have, during the year before the invasion of Iraq. My tenure as a long hair community college burnout was shifting gears in 2003. I was beginning to see the world in a different light. Our US government put on it's best shit eating salesman grin and was selling us the lie of weapons of mass destruction. Out of nothing more than intuition I refused to buy that lie. More than a decade later I refuse to buy what could be another lie and another possible war.

On this  Friday (1/6/17) the Intelligence community (IC)  released a declassified report blaming Vladimir Putin for influencing the US national election back in November. The declassified report received support from the NSA, CIA and FBI. It is repetitive and fails to provided the slightest whiff of a smoking gun, or concrete casual evidence to support some very serious allegations. According to the IC


We assess Russian President Vladimir Putin ordered an influence campaign in 2016 aimed at the US presidential election. Russia’s goals were to undermine public faith in the US democratic process, denigrate Secretary Clinton, and harm her electability and potential presidency. We further assess Putin and the Russian Government developed a clear preference for President-elect Trump. We have high confidence in these judgments.[1]


I think we can actually see proof of this on any given night, but not in the deleterious way the IC is claiming. Search for RT.com and watch their US programming for any length of time and you can see Russian sponsored propaganda directed towards US business interests and polticians. In principle it's not very different from the swill any of the cable news outlets pours onto us every day and night of the week.cAre we going to start intimidating Rupert Murdoch or those idiots O'Reilly and Hannity with tank war games on the front door of the Fox tabloid news studio, because that is what the US is doing to Russia. Now I am not defending Putin or RT, but on this very same Friday (1/6/17)

Two shiploads arrived in the northern port of Bremerhaven and a third was due in a few days, bringing the fleets of tracked and wheeled vehicles for use by around 4,000 U.S. troops being deployed for exercises in NATO states near Russia.[2]

I pray (to the flying spaghetti monster) that these two acts are unrelated and the threat of war (cold or hot) between the US and Russia is just paranoia from my stoner days reasserting itself. I also pray to the currently false belief that we as human beings are capable of something real and good. This is an impossibility when we allow our leaders and representatives to lie straight to our faces, while they prepare for new wars. Earlier this week, and before the declassified report was made available, Director of National Intelligence James Clapper returned to the senate floor. The last time Clapper was in front of a senate hearing his lies were all too obvious, and we later learned that he had no problem intentionally deceiving not only the senate but the US citizenry as well. 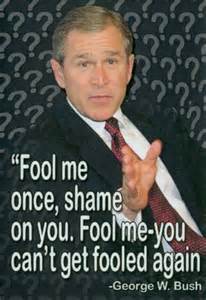 During Thursday's (1/5/2017) hearing, Clapper was asked if the "Russians may have been involved in creating 'fake news'"[3]. Clapper stated that Russia was indeed responsible for the creation of fake news. I again argue that MSNBC, CNN and Fox are also guilty of creating their own brand of fake news. Why hasn't Clapper testified against Newscorp, NBCUniversal or Time Warner? We let Clapper lie to us and keep his job once, why the hell are we going to just take his word for it this time? The onus is on this bald face liar. Clapper and the entire IC ought to show exactly why increased tensions with Putin's Russia are justified. The last time we accepted a lie of this magnitude it ended up costing hundred of US lives, thousands of Iraqi lives and trillions of dollars. Increased skepticism and more time spent searching for hard lined truth is warranted.