UAW won't be seen in Tennessee. These supply side arguments are suicide.


This last Friday Volkswagen workers at a plant in Tennessee voted no to unionizing with the UAW. This should not be surprising, the south has a hostile history when it come to union organization. This reality becomes compounded when it is no secret that organizations like the UAW contribute to DNC coffers. Tennessee is a state where both its senators are ardent republicans and seven of its nine members from the house also belonging to the GOP.

To look more closely at the players and actors directly involved in Friday's vote, we have to notice it was close (712-626). Did the voices from republican law makers directly affect the vote? For example Senator Bob Corker was so opposed to the UAW he actually lied about the sentiment stemming from Volkswagen themselves who (as stated in the press) were in favor of the workers forming union ties. Senator Corker Stated


"I've had conversations today and based on those am assured that should the workers vote against the UAW, Volkswagen will announce in the coming weeks that it will manufacture its new mid-size SUV here in Chattanooga,"*

Corker's comments were from an unidentified source and run contrary to statements made by Volkswagen management. Pro-union media voices have argued that Corker's statement true or not, interfere with federal labor laws. Of course, Corker has no need to worry about indictment. The National Labor Relations Board is toothless, and Corker could raise more than enough cash from anti-union business entities to tie up litigation for decades.

A common (and inaccurate) argument used against unionizing tells potential union members to look at the perils Detroit faces. This  argument places blame for the failures of Detroit squarely on the shoulders of Unions like the UAW. This argument fails to recognize historical facts like the Nixon shock which took the dollar off of the gold standard, creating a hostile fiat system. This is crucial to the argument above because a stroke of the pen made by the 37th president would lead to higher fuel costs, which then would lead to a deep recession. The recession of 1973 would have effects that would last until the mid-1980's. 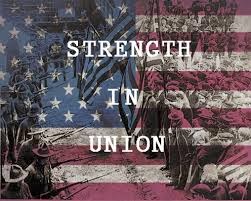 The recession of 1973 would lead to actions by Federal Reserve Chairman Paul Volcker who raised federal interest rates. Volcker's policy was disastrous for the working class and the business elite across the board. Individuals and families watched their purchasing power vanish. U.S workers now had a much harder time purchasing the goods they produced. Combine this with an influx of foreign, more fuel efficient automobiles U.S. manufactured auto-companies needed to drastically change. A big part of this change was the slashing of wages and the busting of unions at any and every chance they could (while the CEO's and executive received raises). This strategy was not endorsed by German and Japanese automobile manufactures. Currently VW, BWM and Mercedes pay their Unionized, German workers twice what U.S. workers earn, while producing nearly double the amount of cars found on the global market. 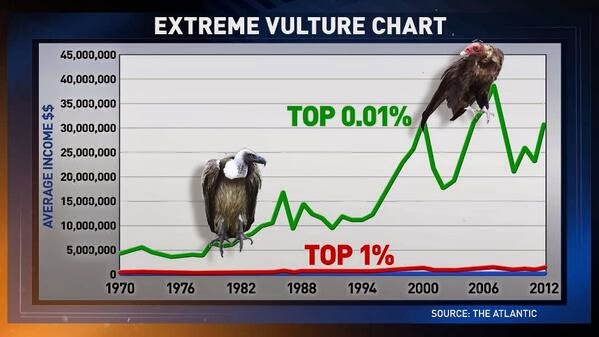 We have to remember, since the 1970's middle class wages have stagnated while corporate profits and executive earnings have soared. If this trend continues with or without union representation, the overwhelming majority of U.S. workers, not only won't be able to afford this years newest automobile, but we won't even be able to afford shoes, to walk to our minimum wage jobs.

Update: Steve Greenhouse during an interview on Democracy Now, goes on record to say.


workers I spoke to at Volkswagen said that these threats, pressures from Republicans really persuaded some, perhaps many, workers to vote against the union. Remember, you know, the South is an anti-union part of the country.

Steven Greenhouse is an American journalist, and labor and workplace correspondent for the New York Times.