Why the Black lives matter movement and Marrisa Jenae are justified in their anger towards progressives.


It's not easy acknowledging that I am work in progress. It is also not easy to acknowledge I have a lot of work to do in every department of life, and as a self absorbed head case, this is not about me. This moment in time is about our history as a whole. Specifically the history of race relations and the part of our body politic who lives in a state of cognitive dissonance when it comes to race relations in the U.S. love us, love us we're liberals. Indeed we have a long and sordid history of offering solutions in four year increments, that get punted during every mid-term. 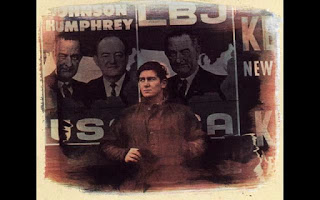 Malcolm X was critical of leftists, and the olive branches they tried to buy him with. The quote below sums up his feelings and many other persons of color who are tired of the dog and pony show we call U.S. politics.

This quotation is relevant today because the portions of historical progress liberals take credit for has been a good hustle, a theory without practice in play. The theory of our rhetoric is highlighted during every election cycle. The practice never is applied and I for one can understand why so many people of color are burnt out on it. As a poor working proletarian, I am also tired of this rhetoric.

To further this point I point to Dr. King's last book.


Negroes have preceded from a premise that quality means what it says, and they have taken white Americans at their word when they talked of it as an objective. But most whites in America in 1967, including many persons of goodwill, proceed from the premise that equality is a loose expression for improvement. White America is not even psychologically organized to close the gap - Essentially it seeks only to make it less painful and less obvious but in most respects to retain it. Most of the abrasions between Negroes and with the rules arise from this fact. (Where do We Go from Here: Chaos or Community? Martin Luther King, Jr.) 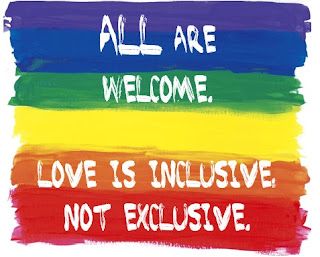 What has changed since 1967? People of color are still being disenfranchised at the ballot box, they are still murdered without trial for bogus reasons and the inequality gap has only changed in terms of how our consumer culture has changed. People of color and the impoverished are no better today than after the signing of the voting rights act. An offer of consumer goods is not a worthy substitute of the panacea we can call equality of liberty and opportunity.
Consumerism is also not a substitute for the heavy lifting we need to do to improve both race and economic relations in our nation.

In attempting to process all of this on a personal level, I can only muster one solution. My only solution is inclusion. Inclusion in a society (and maybe our species) that operates on exclusion is the peaceful pill for the poison population. How to put this into practice must be built upon a foundation that begins with the acknowledgement that we are stronger within this truth together.


Posted by capitalism canary at 11:33 PM