The curious case of U3 unemployment rate


It's curious to see the recent reporting, on the different kinds of unemployment classifications within the main stream media (MSM). Some networks care so much, they have decided not to speak to their viewers/listeners as if they are children, explaining in detail what the different classifications mean. Some "news" networks continue to focus on the simplistic unemployment classification while others will focus on the more discerning classification. The reason behind the difference in reporting is pure partisanship, nothing more nothing less. The networks in question are out to sell a narrative and bring in ad revenues. These networks are not in the business of reporting the news. This recent discussion is interesting because it shows that certain outlets want to show the recovery as benefiting everyone. This discussion also tells us, other outlets no longer think their viewers/listeners are too dumb to understand statistics. 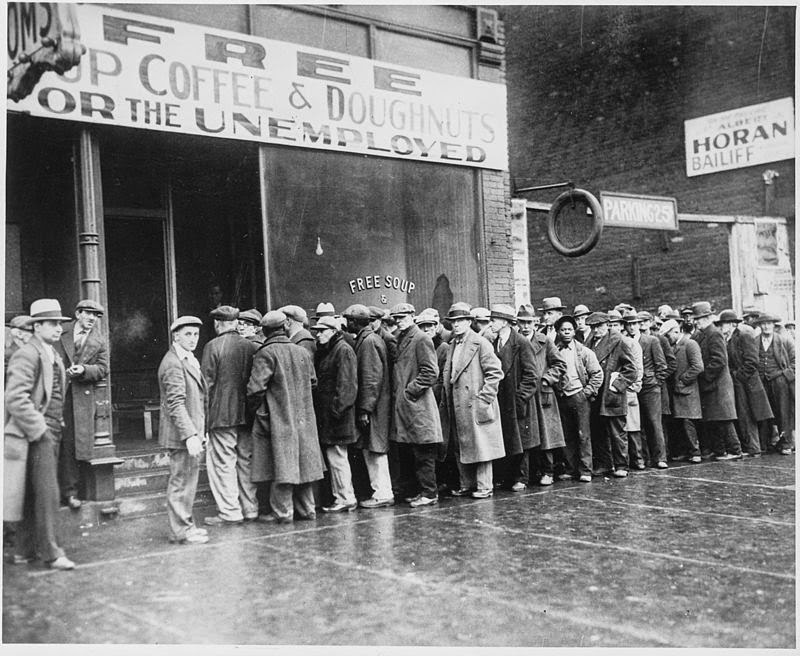 Before I go on, I should point out which classifications are most often referred to when having this discussion. In the United States the U-3 classification is most often cited as the official rate of unemployment. This definition refers to workers who have been unemployed, and actively looking for work for no less than four weeks. The U-3 classification does not include workers who have dropped out of the work force because she or he is discouraged, or workers who find themselves underemployed i.e. working part time despite wanting and needing full time employment. As of January 2015 there was approximately 5.7 million unemployed workers here in the U.S. if we go by the U-3 definition. 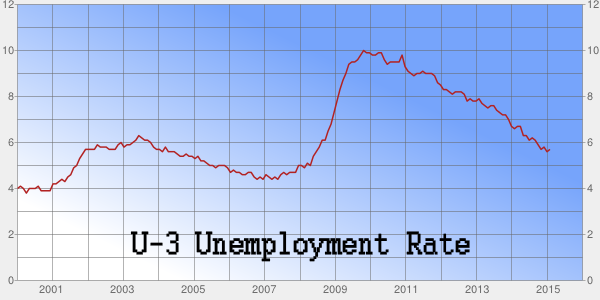 When the pundits and talking heads want to show that the recovery and the fall of unemployment is not necessarily occurring they refer to the U-6 classification. U-6 includes the U-3 definition, plus workers who are only partially employed. According to the U.S. Bureau of Labor Statistics there are 11.3 million workers who find themselves unemployed if we use the U-6 definition. When comparing the amount of Americans out of work based on the U-3 with the U-6 definition, we see almost double the amount of workers whom are unemployed and unable to make ends meet if they are only working one job. 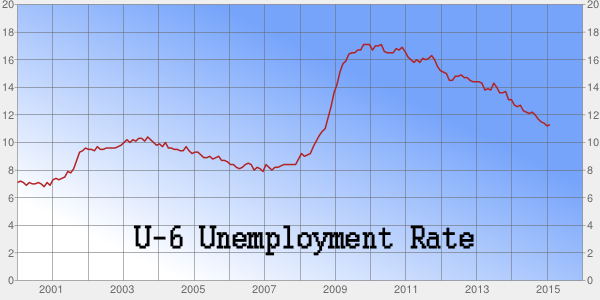 It is good that parts of the MSM, is exploring a more nuanced conversation in relation to unemployment. If we are honest with ourselves, it seems evident that we need to focus on the U-6 classification. The inclusion of part time workers when considering the unemployment rate tells us a story more related to wages than it does unemployment. This determination is necessary if we want an honest answer to the question of, is the recovery is benefiting everyone? Part time workers rarely receive any kind of benefit package, and are far less likely to procure pay increases. Moreover, according to the U.S. Congressional Joint Economic Committee, part time workers earn as little as fifty-eight cents on the dollar for the same job their full-time counterparts make. 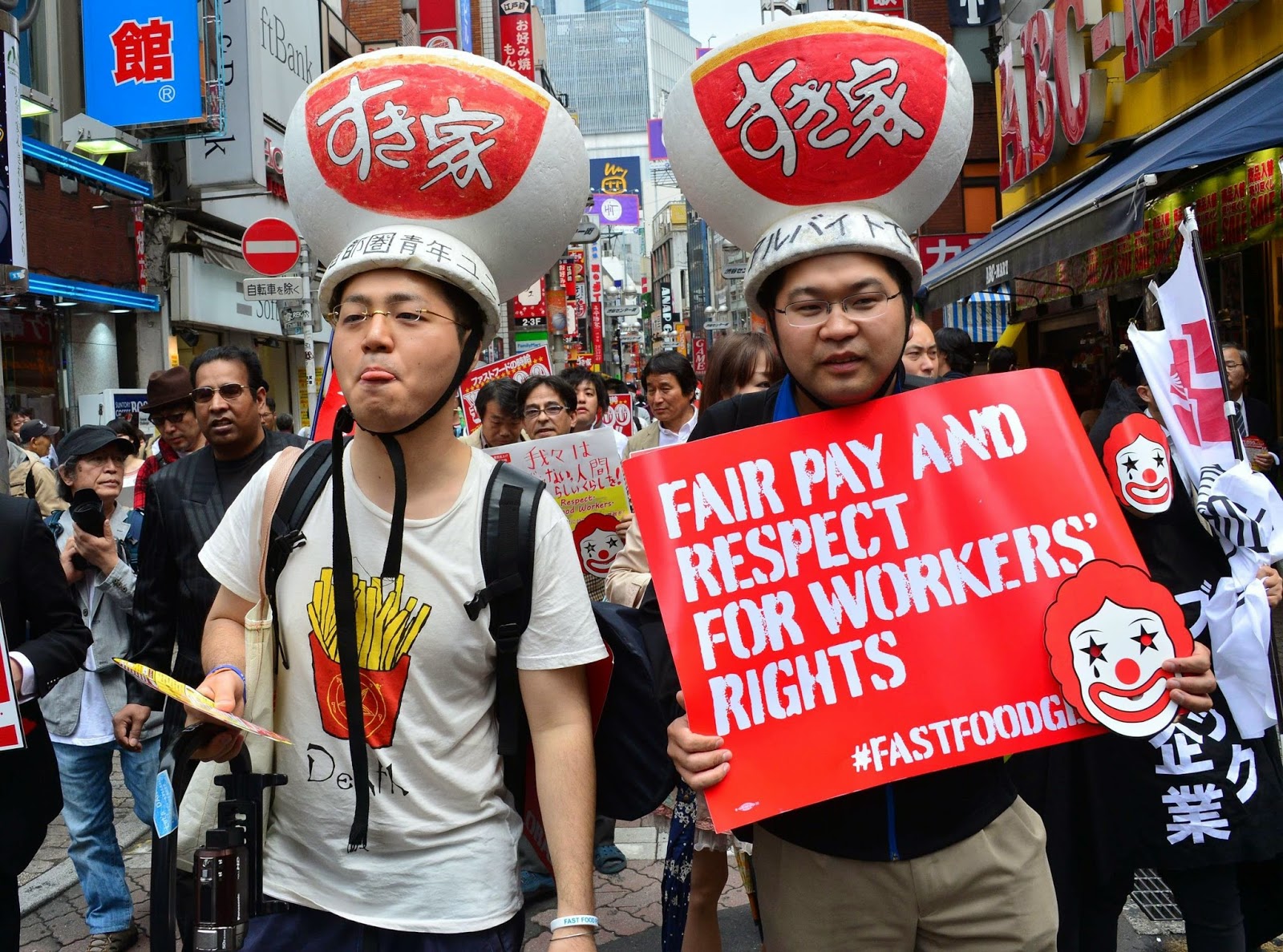 The reserve army of part time employees (whom often work multiple part time jobs in order to pay all the bills) are less likely to be able to negotiate for better wages, because before they can do that, they need to negotiate for full time hours. This inability to negotiate affects the work force as a whole, and inhibits wages from recovering to the levels witnessed before the recession, let alone when the buying power of wages was steadily increasing back in the early 1970's.


We have to call this unending and egregious use of a part time workers what it is. This practice is slight of hand used by low wage, high profit employers. This practice ensures their employees are simply happy to be at work, earning something rather than nothing. We can all see that corporate profits are increasing at a substantial level, but when will our wages follow? I think the answer to that question is, wages will follow profits when we stop allowing manufacturers and service providers to profit from off-shoring and outsourcing. Our wages follow when we as workers get together with arms locked in solidarity. Our Solidarity is a bargaining chip the executive and owning class cannot ignore, without exposing the lack of regard they have for workers and human life as a whole. 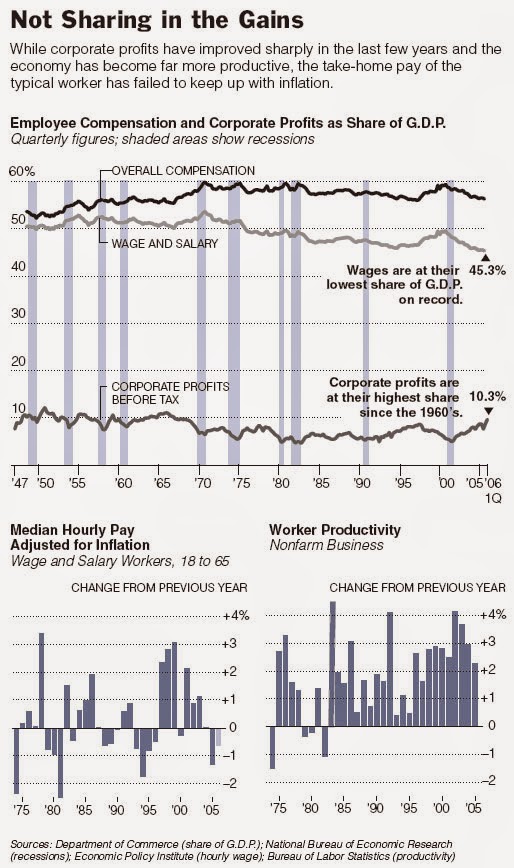 Posted by capitalism canary at 3:24 PM