Denial that river of oil.

These last few days have set record low temperatures in some parts of the country. In particular the Midwest has been most severely affected. Climatologists are using words like arctic freeze to described the conditions that we are witnessing in Michigan, Ohio, Wisconsin, Illinois and Minnesota. Indeed this post concerns climate change. I will not discuss the way this issue has been divided on partisan lines. For the sake of brevity I presuppose you fall into either climate change proponent, denier or a synthesis of the two.

Now that we have established the partisan divide or synthesis of ideas It is important to note personal bias. I personally think climate change bares consideration, because I witness the damage we do to our planet by visiting, land fills, living in cities and believing that the amount of co2  added to the atmosphere specifically by human kind is another issue to be addressed sooner rather than later.

One the other side I see the personal bias related to the need to maintain the status quo. Three of the top ten most profitable businesses in the entire world happen to be oil companies. This argues the point that the most profitable companies in the entire world have the most to lose if we as citizens of the earth began to demand for less co2 emissions.This become further evident when we realize that in the U.S the predominant share of carbon dioxide emissions comes from fossil fuel combustion.

It shouldn't be hard to deduce that those with the most to lose have the most to deny. The top five big oil companies when combined "earn more in one minute than 95 percent of Americans earn in a year." Our nation is dependent that these oil producers provide access to energy and this is the way the oil producers want it. The U.S needs to alter its energy policy in order to begin to look towards alternatives to this status quo. Until this begins to be put into motion the need to deny climate change for the sake of profit will be the order of the day for big oil and climate change deniers alike.

A new energy policy will be met with harsh opposition while a large number of voters believe unfettered carbon emissions pales in comparison to short term profit. The divide between proponents and deniers will be crossed one way or another when we look at the recent tragedy of the super storms we are witnessing. Is the difference between the two camps as simple as those who want to change our daily habits versus assurances of we can't afford it? I believe history will show that we can't not afford it, it is the eleventh hour, one way or another the status quo will be broken. 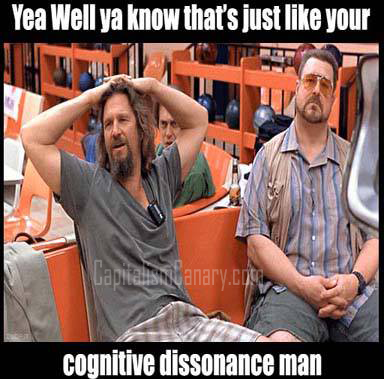 Posted by capitalism canary at 1:21 PM